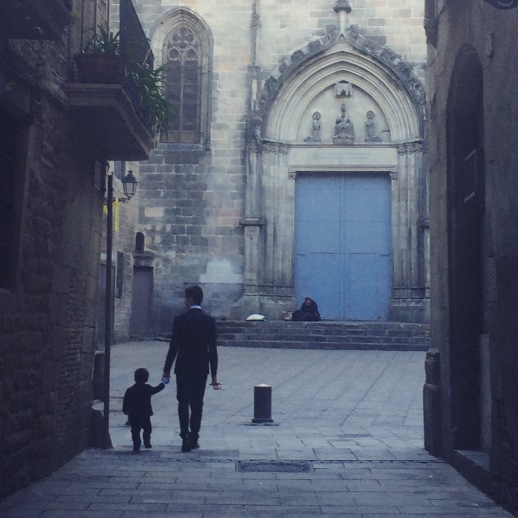 These days, whether it’s the oppressive heat of summer or the biting chill of winter, the streets of Barcelona are teeming with tourists.

I can’t help wondering how (or if) the locals preserve a sense of community – and how they find somewhere affordable to live, now our sharing economy has made holiday renting so simple and enticing for property owners.

There is so much to love about Barcelona, but are we loving this magical city to death?

It’s the local people, and the communities they build, that bring colour and life to Barcelona (or any world city). But if those people can’t get a place to rent at a rational price, then they’re going to be pushed out to the fringes.

Instead the wealthy move in, because they love the eclectic vibe of the city – and who can blame them? Meanwhile, tourists flock to soak up the history and culture for a brief time. But the people who gave the city its heart are leaving, and communities are fracturing.

It happened in New York City. Many of the artists, musicians, writers, thinkers and dreamers who once gave New York its creative edge could no longer afford to live there.

So they moved out – and the very thing that drew people to the city slipped away with them. Read more in this Rolling Stones article.

As travellers, we need to look beyond the cheap deals and site-seeing opportunities. Let’s give more than a passing thought to the people who call Barcelona and other world cities home. Because community matters.